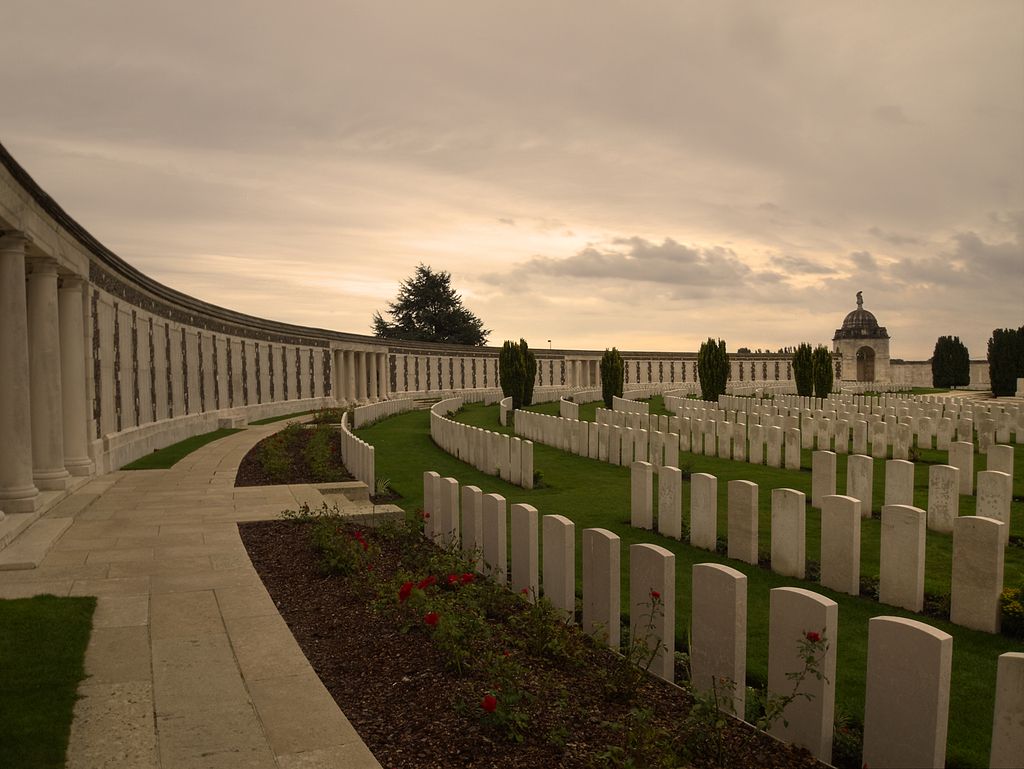 The saddest thing to me about war is the number of people who die without leaving any children behind. Sure, it would be awful to be a child (or partner) of someone who died in battle, but a hundred years down the track, who’s going to remember and honour those individuals who haven’t left direct descendants?

Over the last decade, since the internet exploded with historical records, I’ve found that my grandparents (my father’s parents), each lost a brother in 1918 – the last year of WWI. Neither of these great uncles of mine – Edward Ferguson Butler or Arthur McArdle – had wives or children. (Certainly none that I’ve discovered so far!) And so here I am, a hundred years after the fact, and I’d be one of the few people left on the planet who knows they even existed, let alone feels a sense of sadness at their loss. And that seems bizarre to me – I never met them, have only known of their existence for the last decade, maybe 15 years tops, and yet I’m saddened at their respective deaths. I wonder why?

Edward Ferguson Butler first joined the 30th Northumberland Fusiliers at the ‘Apparent age’ of 19 years on 15 November 1915. He didn’t last long, though, being discharged on 27 November 1915 due to ‘suffering from ear disease with a discharge from it. He is never likely to become an efficient soldier …’

And yet, somehow, at some stage, he re-enlisted and was killed in action on 17 April 1918 – exactly one hundred years ago last week.

By this time Edward was serving with the 2nd Battalion of the Lincolnshire Regiment. I managed to find the war diaries for the week he was killed, and do you know the really sad thing? Other than officers, those reports don’t even mention the names of those who died, just the number killed (22), wounded (210), ‘wounded gassed’ (9), missing (52) and a total (293). Great Uncle Edward would have been one of the unnamed 22 soldiers killed. I suppose with numbers like that, who would have had the time, let alone the paper, to list them all when there’s the heat of battle all around you?

The end of the log reports (transcribed as typed) for the days leading up to and including Edward’s death say:

Orders were received at 4 p.m. to counter-attack at 6.0 p.m. 1st Objective – the PECKHAM – MAEDELSTREDE Line. 2nd Objective – the old line at WYTSCHAETE. The time for attack was afterwards changed to 7.30 p.m. and was to be in conjunction with the French on the right and the Seaforths on the left. The attack was most gallantly carried out under very heavy M.G. fire from the front and right flank, and pushed to a trench within 50 to 100 yards of the 1st objective, which was made good. This attack was carried out by the Battalion after a week’s heavy fighting, no sleep the previous night, and only partially reorganised after the recent SOMME fighting. It was carried out with the greatest dash and vigour, and only the fine spirit of all ranks in the face of every difficulty (such as heavy enfilade fire from the right, where the French attack never developed) enabled the attack to gain the ground it did. The Battalion consolidated the ground won, with the No. 2 Composite Battalion on their left.

The thing that strikes me about the above is the way it’s written: I can’t decide if he’s proud of the men, making excuses for them for not making more ground, or sending a veiled message back to HQ and the powers that be that they’re expecting too much of mere mortals and that these people are more than just dispensable pawns in a large, bloody game? The truth is in there somewhere, but we’ll never know now.

Edward’s death place, from what I can work out, was probably near Lagache Farm or Vandamme Farm, in what was often then referred to as ‘France and Flanders’ (Belgium). I am not sure where these farms were located, but suspect they were around the Maedelstede to Wytschaete area.

And I have yet to find where Edward is actually buried. He is listed on the records for Tyne Cot Memorial, in Zonnebeke, Belgium, but doesn’t seem to actually have a grave there from what I can tell. Perhaps he was interred where he fell? Or left where he fell? Or maybe there was nothing left to bury?

I have no photos of Edward – no idea what he looked like, other than the notes made on his enlistment records for the 30th Northumberland Fusiliers, where he was described as being:

The truth is, I didn’t even know he had existed until about 10 years ago. My father (Edward’s nephew), born three years after Edward’s death, never mentioned him and I wonder if Dad even knew his Uncle Edward had existed. Did he know his father had suffered the loss of a younger brother in the war?

In July, 1919 (a year after Edward’s death), his brother and sister-in-law, my grandparents, William and Rose Ann Butler, named their newborn son Edward Ferguson Butler. That’s the most meaningful memorial I’m aware of to the life of young Private Edward Ferguson Butler. And probably nicer than any gravestone anywhere – at least his memory lived on in the family by way of his name.

Vale Great Uncle Edward. I never met you, and barely know you now, other than your physical attributes and the dates and some actions in your brief life.

But I’ll do my best to remember you.