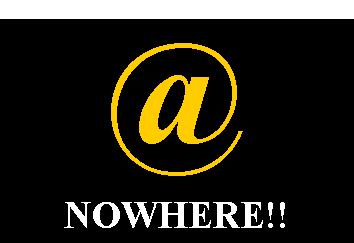 As of 12.23pm today, Saturday 9 March 2013, our small business office will have been without its Telstra broadband connection for exactly 14 days. That’s right – two weeks. How do I know so precisely? Because when I rang to report the outage, the young lady in the Townsville call centre (yes – I got speak to someone located in Australia!) was able to tell me what time it went out. Which it means it happened at the local exchange, not at our end of the line.

This week, some of our software started shutting us out – software which we need to create projects for our clients. Why? Because it can’t connect to the internet to check that our subscriptions are up to date, so it just stops working.

For a fortnight now, my small business in the Blue Mountains, just 35 klms west of Penrith, and 70 klms west of Parramatta, has been slowly brought to its knees by a virtual monopoly that simply won’t honour its word.

And you know what hurts the most?

At the end of the financial year, Telstra will proudly announce their profits and Telstra shareholders will take home money for doing nothing more than lending their money to the company. Shareholders who take no responsibility for how this dinosaur of an organisation operates, with no thought for the little people like us who are being screwed to the wall to provide those profits.

It’s not like I haven’t been patient – I’ve been more than patient, two weeks is evidence of that.

It’s not like I’ve been rude to the people answering the phone – I’ve been very polite. It’s not their fault.

It’s not like I reported it once and sat back and waited – I’ve tried many different approaches over the last fortnight. (See my ‘Diary of an internet outage’ here if you need to raise your blood pressure.)

And it’s not like I haven’t been lied to. My very first call was treated with ‘Here is our guarantee that it will be fixed by 7pm tomorrow evening and here is the reference number.’ That was 12 days ago. And one of three promises ago.

I have spoken with some very genuine people at Telstra over the last fortnight – people who are not given the tools to do their job properly i.e. solve my connection problem. These are the front line people who get yelled and abused because Telstra’s internal systems don’t work for them.

Telstra shareholders – you are deficient in looking after these people properly.

How to look after your staff

1. Get rid of your overseas call centres

These people are provided with scripts which do nothing other than frustrate the customer and make a mockery of customer service. These people have no access to tools and information which will effectively help them solve anyone’s problems. It is not fair to them that they should have to cop the abuse that I am sure they would cop from many other people.

The use of these overseas call centres is pointless. Don’t tell me it’s cheaper than using local staff. ‘Nothing’ would be preferable – because that’s what you get as a customer when you call these centres – no actual service of any use whatsoever.

I was once told that these call centres are trained to ‘kill the call’. After my experiences with them, I believe that person had good knowledge – because that’s what has happened to me, not so much on this most recent occasion, but on a prior occasion when my domestic broadband stopped working. I was lied to – black lies, not white lies.

First I was told my computer had a virus (How would they know without connecting to it? And what about the other two stand alone computers and three smart phones that couldn’t access the net? Did they have viruses too?)

On the third call I was told that my case had been escalated and was given a case number.

On the fourth call I was told that it hadn’t been escalated and that case number didn’t exist.

That is not customer service. That is a recipe for a stroke.

2. Get rid of your telemarketing sales teams

Everybody knows who Telstra is. You don’t need telesales – they only serve to annoy people.

3. Get rid of your ‘Why did you leave us, how can we entice you back?’ telesales teams

I can save you a fortune there. People leave you because you don’t honour your service agreements. And you charge too much for what you do and then you take dividends as profits made out of our losses. There, that’s an easy one.

4. Take all the workers at your current Australian telesales centres (points 2 and 3 above), equip them with proper access to your various systems, and, using the savings from closing your unnecessary and useless centres in 2 and 3 above:

b. Train them to recognise when they need to refer a customer’s problem up the chain. Ensure that you have people with different abilities and knowledge at consecutive staff levels and have your customers referred once and once only up the chain until the problem is solved.

c. Train them not to make promises they can’t keep.

d.     Empower them with ways to keep the customer satisfied until their problem is solved. For instance, had I been offered a free wireless connection 10 days ago it would certainly have helped somewhat, even though it can’t solve the problem.

e. Keep them informed with the latest Telstra information. If technicians have been pulled from one area to work in another area, this is the first thing a customer should be told if it affects them.

Seriously, customer service is not rocket science. It’s about supplying service to your customers. Novel concept, isn’t it?

If Telstra staff were able to effectively look after existing customers, Telstra wouldn’t need telesales staff. Satisfied clients are the best advertisement a company can have.

In 2010 we won what was then the Blue Mountains Business Advantage Award for Best New Business in our area. That leap frogged us into the Telstra Business Awards for that year. But I didn’t enter. Do you know why? Because in the fine print, if you won a Telstra Business Award, you weren’t allowed to badmouth Telstra for the whole year. After some of the experiences I’ve had with Telstra, I didn’t want to test that restriction. So I didn’t enter.

We are stressed beyond belief. It’s taking us nearly twice as long as normal to complete our client work due to the movement of files between laptops and server and back and due to having to do most of our internet work after hours. Not to mention hours spent on the phone trying to get this damned problem sorted.

We have started dropping the ball with some clients and our cash flow is slowing to a trickle because it’s too much additional work to stay on top of invoicing etc when clients just want their work done.

Thankfully, we have had some marvellous support from other businesses and people:

There’s the local Telstra manager who has nothing to do with my connection, my complaint or me (I think we met once about 10 years ago) but who has willingly stepped into the fray (after I found his mobile number and contacted him directly) to try to get it sorted, and graciously lent us a wireless modem for a few days until our connection is restored.

But seriously? What’s with that? What if I didn’t know about him? And why should he have to help me on a personal basis? Why didn’t Telstra themselves offer us a free modem in the first place until such time as our connection is restored? (I have not named him here as he does not need the entire local population calling him every time they have a problem with Telstra.)

There’s the wonderful Vent Thomas of iVent Services who kindly called the other day to offer us a desk at his office so that we could get our work done.

There’s our clientele who have been extremely patient with us as we have, bit by bit, started to drop the ball. It is grieving us that we can’t do what you want as fast as we would like, and we are exhausted from trying, but thank you all for your support and patience. Please, hang in there a little longer with us if you can, but if you can’t, we understand.

But no thanks to Telstra who have fed me untruths and a sincere lack of sincerity since this whole saga began. If our line is not restored soon our business will be under serious threat. We cannot keep operating this way – it’s exhausting and not viable. And if we go under, who will pay for that? Not the Telstra shareholders – they will be too busy collecting their dividend cheques despite my loss.

So go on, how about it Telstra shareholders? How about taking some responsibility as business owners for sorting this bloody mess out?

Before my business breaks.