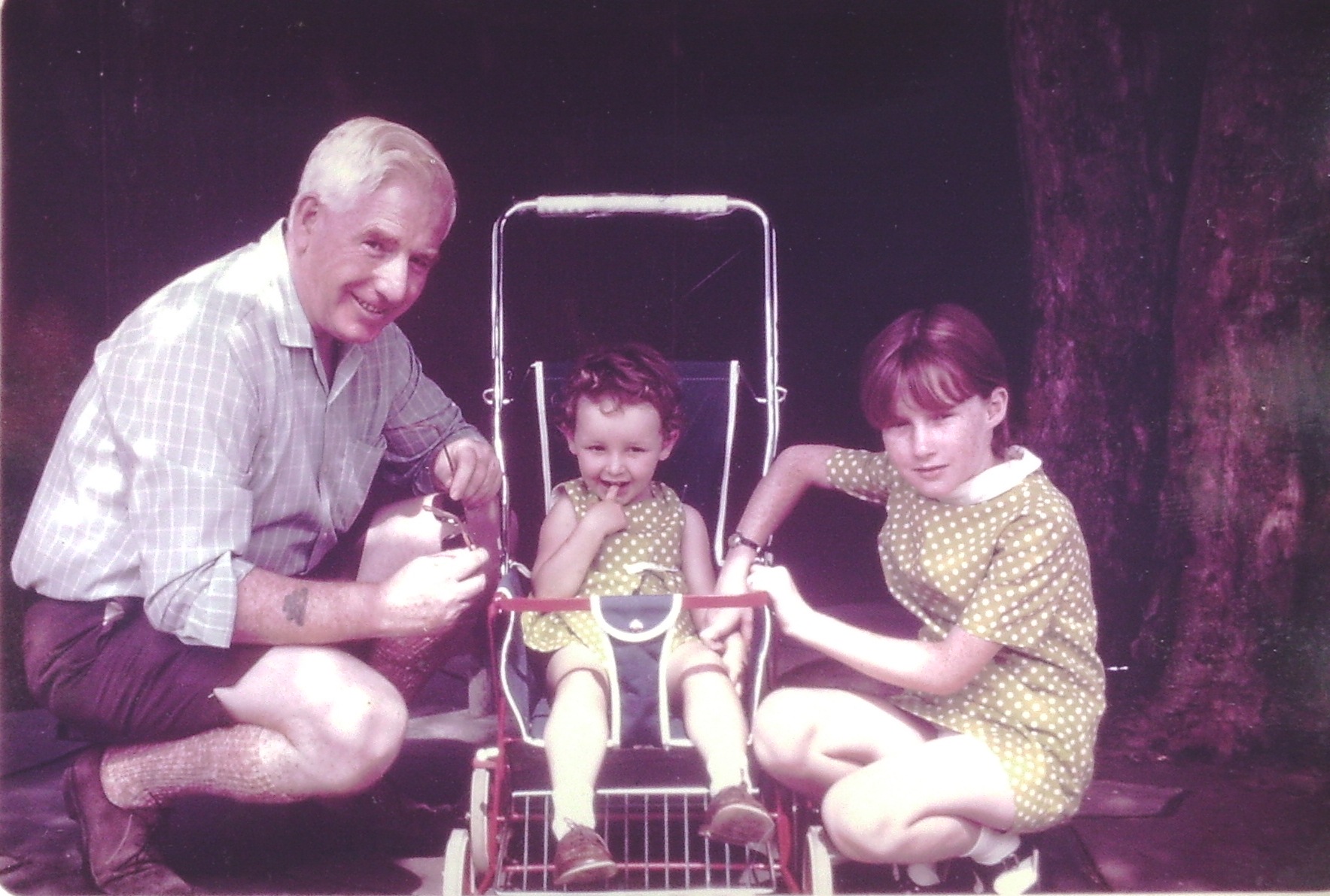 Over the last few months, I’ve noticed many stories beginning to appear in the press and on the internet where people remember those ancestors who gave their lives in World War 1, particularly at Gallipoli.

And then in November, there was the tragic death of Phil Hughes and the national grieving which followed.

Without discounting the impact of any of these losses or the grief their loved ones felt, I understand how those who have suffered ‘non-public’ loss feel. How do you remember a loved one without appearing maudlin or attention-seeking? How do you commemorate someone else’s life without seeming as if you need to ‘get over it’. Fortunately, I have long understood that you don’t ‘get over’ a loss, you just learn to live with it – or rather, without the person or thing you lost. So read on if you wish or click away now if you prefer, I don’t mind, because this is for me, for those I lost, and for those they left behind …

Today marks the fifth anniversary of one of the worst days of my life. Mine and several others’.

Around 7 pm on 4 January 2010, my cousin rang to let me know that her mother – my Aunty Doff and my own mother’s ‘little sister’ – had passed away from cancer at the age of 81. For the prior two months I had been conditioning Mum, then aged 88, that this was going to happen, but she was still shocked and burst into tears when I rang to tell her.

After hanging up from Mum, I rang my own ‘little sister’, Fiona, aged 42, to let her know that Aunty Doff – Fiona’s godmother – had passed away. Fiona’s daughter, my niece, answered the phone and when I asked to speak with her mum, she managed to say something simple like, ‘Mum’s dead’, before handing the phone to a poor paramedic who then had the job of trying to work out who I was and how much he could tell me. (It turned out that Fiona had suffered a major stroke about twelve hours earlier, leaving behind a son and three daughters, aged between 23 and seven. The eldest daughter, then aged 19, had found Fiona’s body after breaking into the house that evening – around the same time that Aunty Doff slipped away.)

A little later we drove down to my mother’s aged care unit to tell her that her daughter had also died that day. Ringing her with the expected news that Aunty Doff had died was one thing, but I couldn’t call back to tell her about Fiona. That had to be done in person and is something I never want to do to anybody ever again.

Five years on and I feel the need to mark today, to honour these women. But how? Both were cremated, so there are no graves for me to visit, nowhere to leave flowers. I know that a Facebook post will elicit a string of ‘sorry for your loss’ comments and that’s not what this is about. I am not feeling sorry for myself. I just feel the need to mark the day in some way that lets their loved ones and others know that they haven’t been forgotten; that lets me know that I did something to show that while they’re gone, I haven’t forgotten them.

So thinking about it, the best I can do is to remember them my way …

My Aunty Doff was a great woman. Feisty, lots of get-up and go, great organisational skills, a good sense of humour, a great cook and much fun to be around. She was born in a time when women stayed home and looked after their children while their husbands went to work.

Within the family and close friends, she was teased for her bossiness and even her children (my cousins) lovingly referred to her as Hyacinth Bucket (from Keeping Up Appearances). At her funeral, one of the local church choir members drew gentle but knowing laughter when talking about her ability to organise everybody for bus trips, choir practice, etc, and how none would dare argue with anything she suggested! As a youngster, much as I loved her, I was also somewhat scared of her. I shared that with her in later years and she was openly shocked at the thought because, despite her ‘scariness’, she emitted an amazing amount of unconditional love to those around her.

On the way home from her funeral, it struck me as sad that, had she been born forty or fifty years later, she would probably have been the CEO of some company, such were her drive, energy, organisational skills, intelligence and sheer force of personality. I don’t think that thought would ever have occurred to her, and I don’t for one moment believe that she ever felt that she missed out on anything, but I wonder what might have been had she been born in a different time, with different opportunities open to her.

And I’ve often wondered what might have been had Fiona’s life been different. My parents adopted Fiona when she was just six weeks old. They did it with all good intentions, and in line with the general practice of the day (the mid 1960s). But it’s only as the years have passed that I’ve managed to understand the alienation that Fiona must have felt trying to grow up in our household.

She was always loved and knew that, and was basically a happy kid, and she and Dad enjoyed a special bond where they would go to football matches together. But Dad allowed her adoption to play havoc with discipline in the house, and he would often undermine Mum’s decisions. Whenever she was upset after a row with Mum, his favourite expression was, ‘Poor little kid. She hasn’t got anyone else in the world apart from us.’ And he would then proceed to make it up to her. This caused untold friction between my parents, and ensured that Fiona only had to play the right cards to get Dad to overturn any of Mum’s rulings that she didn’t like.

I don’t blame Fiona. Kids learn quickly how to get what they want without even knowing consciously what they are doing. She wasn’t deliberately manipulative. But Dad, totally misguided, made life harder for her by not keeping the discipline stable, and by not ensuring that she took responsibility for her mistakes from an early age.

All three of them also suffered because, in the classic case of genetics vs environment, they didn’t understand her personality. In the days of Dr Spock, it seemed simple to raise a child. Follow the handbook and they’ll turn out perfectly. The problem was, though, that Mum and Dad were of similar background, ideals, thinking, and personality, and Fiona came from unknown stock, unknown personality components, and they simply did not understand her. Nor did they understand the plight, the isolation, the loneliness, of the adopted child.

As I’ve aged, my fascination with tracing my family tree has provided me with endless hours of delight as each new branch and leaf is added. Fiona never had this. Although she did meet her birth mother on a couple of occasions, and her grandparents (she adored her grandfather), she could never forgive her mother for giving her up. I tried more than once to explain that in a small country town in the mid 1960s, being an unmarried mother wasn’t really an option, but Fiona just couldn’t accept that. I believe that she allowed the hurt of that very first ‘rejection’ to influence her life.

We all have a story, and we all need to know our story. Fiona’s story was cobbled together with bits and pieces borrowed from ours and mixed with her ‘real’ story. But she never had that anchor, that link, to what came before and never enjoyed the stability of knowing who she really was, no matter what that story entailed.

Today, 4 January 2015, Aunty Doff has five grandchildren (all of whom she met and loved dearly) and several great-grandchildren. Fiona has four grandchildren with a fifth on the way. She never met any of them.

My niece will live for the rest of her life with the image of finding her mother on the floor. She and her siblings are finding their way in the world, some better than others. As a distant aunt, I can, and should, only do so much. Like my parents had to watch Fiona do it her way, I can’t tell my nephew and nieces how to live their lives. I can only be here for a sounding board if needed.

I am still sad at the thought of Fiona’s death. I was sad when she was alive because I couldn’t help her to find inner peace. I am sad that she died without finding a decent skerrick of it, and without seeing her grandchildren. She would have been a doting grandmother – full of the same unconditional love for her grandchildren that Aunty Doff had for hers.

I am sad that there are no graves for Fiona or Aunty Doff, nowhere I can go to say, to show, ‘I remember you’. Nowhere to meet with others to mark the day.

So it’s here. On the internet. With love from me to them both. Where others who loved them may find this and take comfort in the thought that they aren’t the only ones who were remembering these women today.

I thank Aunty Doff and Fiona for being part of my life, for the lessons they taught me, and the love we all shared.

That others should be so lucky.