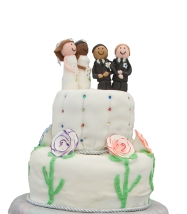 As a business owner and operator, I am not legally allowed to discriminate against gay staff, nor am I allowed to discriminate against gay clients. Fortunately, this isn’t an issue for me, but as a business operator, I need to know that my civic leaders are following the same rules which apply to me. Sadly, even in 2013, it appears that they’re not.

In a week where:

it seems clear to me that what we need is some leadership from the top to reinforce to the public that it truly is okay to be gay.

I do believe that the public in general are looking for leadership on this issue. For many, many years now, we have had anti-discrimination laws letting us know what we can and can’t do, and yet we still have political aspirants and leaders ignoring these laws altogether while the majority of good folk understand the reasons for them and happily act in accordance with them. Indeed, many of us would happily act just the same, even without those laws!!

Think back over our earlier prime ministers – what legacies did they leave? Gough Whitlam’s was education reform. John Howard’s was gun control. What will yours be? The misogyny statement? Surely you can do better than that …

The bulk of us ordinary Joes are quite happy not to discriminate, but we need leadership on this issue. If our governments are allowed to discriminate, then it’s not really fair on the rest of us, is it?

So how about it, Julia? How about legalising same-sex marriage? What a great legacy to leave this country!

Not a religious issue

This is a government registration/legislation issue, not a religious one. If any particular church is happy to unite gay couples, then good on them – I’m sure their congregation will swell quite quickly. (And congratulations to the Maple Leaf Lutheran Church of Seattle, WA, for their wonderfully embracing attitude! Like you, Julia, I’m an atheist, but it warms the cockles of my little heart to see a church embracing diversity the way this one does.)

The effect on the economy of legalising same-sex marriage would have to be positive. An increase in weddings across the country would surely help stimulate all sections of the service industry!

Legalising same-sex marriage would help increase tolerance and understanding of many other sorts of diversity across society, and this can only be a good thing, can’t it?

It would also allow the children of gay couples to grow up in the same legally recognised environment that children of many heterosexual couples have the privilege of growing up in. If their parents remain unmarried, then it’s a parental choice, it’s about freedom of choice, rather than having their parents treated as second class citizens.

Australia’s place in the world

As an Australian citizen, it would be really nice to be at the front of the pack on this one, rather than being embarrassed into it by the rest of the world. I mean, seriously, Spain and Argentina are already there – what the hell is our problem?!

Part of a growing demographic

Before I go, you need to know that no, I’m not gay. I’m straight, and have been married to a wonderful, caring man for three decades.

I’m simply part of the growing demographic which believes that it would be nice if the many wonderful gay people and gay couples we know and care about could have the same opportunity for marriage that we have enjoyed. That’s all.

So, Julia? Are you up for it? How about it, hey? How about making the legalisation of same-sex marriage your gift to Australia in 2013?

It’s now been 18 months since Malcolm Turnbull’s Liberal government legalised same-sex marriage. I am amazed that of all the things Malcolm had wanted to do, that this was the one thing he did manage to do. I figured if Labor didn’t do it, there’d be no way a Liberal government would, so it was a wonderful surprise to see it pass. And I’m sure I’m not the only person to feel that way!

This week I received an email with a link to a great blog post by freelance copywriter and journalist Alex Gentile. This great read serves as a small business guide to working with the LGBT community and you can check it out here: https://www.websiteplanet.com/blog/smb-guide-success-lgbtq-market-best-practices/

Thank you Emma, whoever you are and wherever you are in the world, for your email tipping me off about this!

One Reply to “An open letter to the Hon Julia Gillard, Prime Minister of Australia”