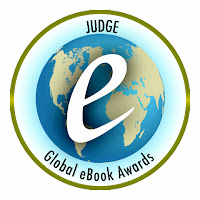 Well, I’m thrilled to announce that I’ve just been appointed as one of the judges for Dan Poynter’s second annual Global Ebook Awards! While I publish the Australian quarterly writing competition ‘Narrator Magazine’, I don’t get to judge those entries – they’re all done via secret guest judges – so it will be great fun to actually be a judge myself for a change.


As a strong supporter of the epublishing industry, I look forward to giving something back. People like Dan, and Mark Coker from Smashwords, have done so much to help independent writers and publishers embrace the new technologies in an affordable and sustainable manner.


Now don’t get me wrong – I still love the feel of a ‘real’ book in my hands, but I really do believe that only those books truly worthy of a dead tree should be printed on paper (which is, of course, our MoshPit Publishing slogan). And what better way to work out whether or not your book is truly worthy of a dead tree than to release it first as an ebook? If it garners an audience, great, go to print. But if not, then at least you haven’t dropped a bucket-load of cash, hope and humility, not to mention dead trees, on your book.


So, if you’re a budding writer, an existing writer or an established one, give some thought to entering your ebook in the 2012 Global Ebook Awards. If you need formatting help to get it into Smashwords, we can do that for you, or you can contact Smashwords for their list of formatters.


If you’re looking for my posts and reviews of:

then I’m afraid you’ll have to come back after 18 August. Originally, as judges of the Global eBook Awards, the though was that reviews should be posted as we go along, but it didn’t take long for everyone to realise that this could sway other judges. So, we’re still reading, and still reviewing, and still judging, but we have to hold our thoughts back from the public arena until after the Global eBook Awards have been held in Santa Barbara on 18 August 2012. Sorry folks!