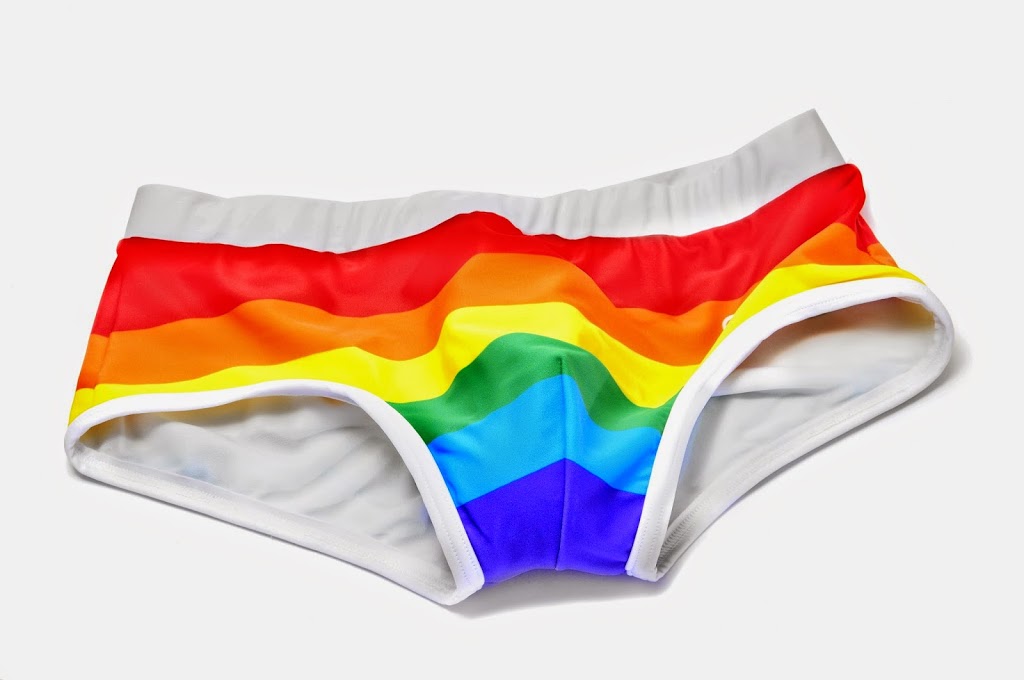 According to press reports this morning, Ian Thorpe is ‘coming out’ as gay in an interview with Sir Michael Parkinson, to be aired on Channel 10 this evening, Australian time.

While I’m happy for Thorpey that he’s finally managed to come to terms with the idea of not trying to hide it anymore, I’m also angry at him for hiding it for so long. And I’ve had to work out why I’m angry. Hell, he’s nothing to do with me. His sexuality is definitely none of my business and has no impact on my life whatsoever. Yet I feel really irritated that he has:

And that, ladies and gentleman, was when I realised why I was so cranky about all this. It’s that truth thing again. Embrace the truth and it shall set you free. I mean, he’s not a mass murderer, he’s not an armed robber, he’s not a drug dealer, and as far as I know, he hasn’t done anything to warrant being charged with any offence that we could condemn him for. He’s just gay.

Here’s a very short list of gay people who are household names across the world:

I could keep listing for days – there are so many high profile LGBT people out there in sport, entertainment, business and the world in general. And plenty, plenty more who aren’t in the public eye.

So Thorpey should have been on the list years ago.Why did he think he was so special that anyone would give a damn? Seriously Ian? Get over yourself.

Speculation on sporting shows this morning suggest that his reticence to be honest about his sexuality may have been due to sponsorship and other commercial deals, that the markets where Thorpey was promoting products wouldn’t have been happy to find out that they had a gay man as the face of their products. If that’s the case, then where were Ian’s closest advisors? Where were the ones he could trust? And who made the most money out of him keeping his mouth shut? I bet it wasn’t Ian.

But if it was his choice to keep quiet so that he could make the most of his commercial opportunities, then it’s no wonder he suffered from depression. When you can’t live your life openly and honestly, you will become depressed, and you will risk turning to alcohol and other suppressants to help you cope. Don’t blame the swimming – blame the lying. Putting your bank account before your mental health will nearly always lead to mixed feelings, particularly if, underneath it all, you’re basically a ‘good’ person; and I’ve always had the feeling that Thorpey is a ‘good’ person. You never hear of him behaving or speaking the way some of our less mature ambassadors do. But he has certainly been ill-advised in this area.

Ladies and gentlemen, the best gift you can give your children is the ability to embrace the truth at all times. To ‘own’ the very essence of their beings, their decisions, their mistakes. Yes, there will be the odd occasion in life when we need to be discreet to prevent others from being hurt, but on the whole, living as honestly as we can is the key to good mental health. Keeping quiet about the very essence of ourselves is ridiculous – it’s extremely damaging, and the foundation for a fractured and fragile existence.

As most commentators seem to be saying today, it’s about time Ian Thorpe came out, and let’s hope that his life is happier from now on – he’s the sort of bloke that we all want to see happy.

But boy, what a waste of possibly 15 happy years. What could he have achieved had he let himself be free to be who he really is?