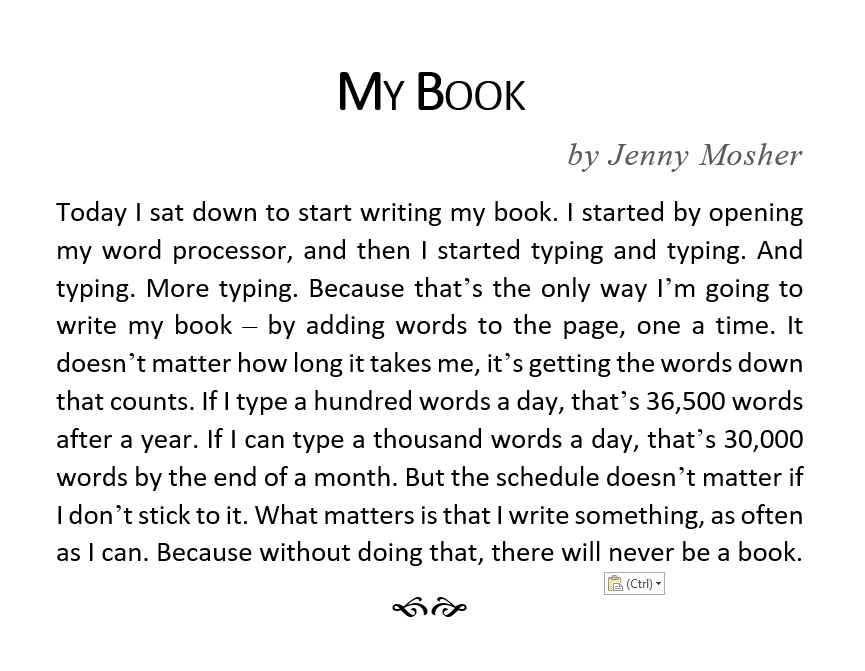 I meet a great variety of people in my business, but the ones who entertain me the most are those who say, ‘I want to write a book.’ My question is always, ‘What’s stopping you?’ The myriad of answers (excuses?) is always interesting (and, I have to admit, sometimes perversely entertaining), but the bottom line is that, for many of these people, they don’t really want to write a book, they want the book to write itself. They want to see a book with their name on it, but they don’t want to do the hard yakka to make it happen.

Well, sorry folks, books don’t write themselves. But if you do want to write a book and need a guide to get it done, here’s my author’s hack on how to write a book in eleven easy steps:

So, follow the above steps and – voila! – you’ll have your book. Simple as, hey?

Editors in the UK:

Editors in the US:

Self publishing in Australia (also known as ‘shameless self promotion’):

Self publishing for Australian authors: https://jennifermosher.com.au/products/books/