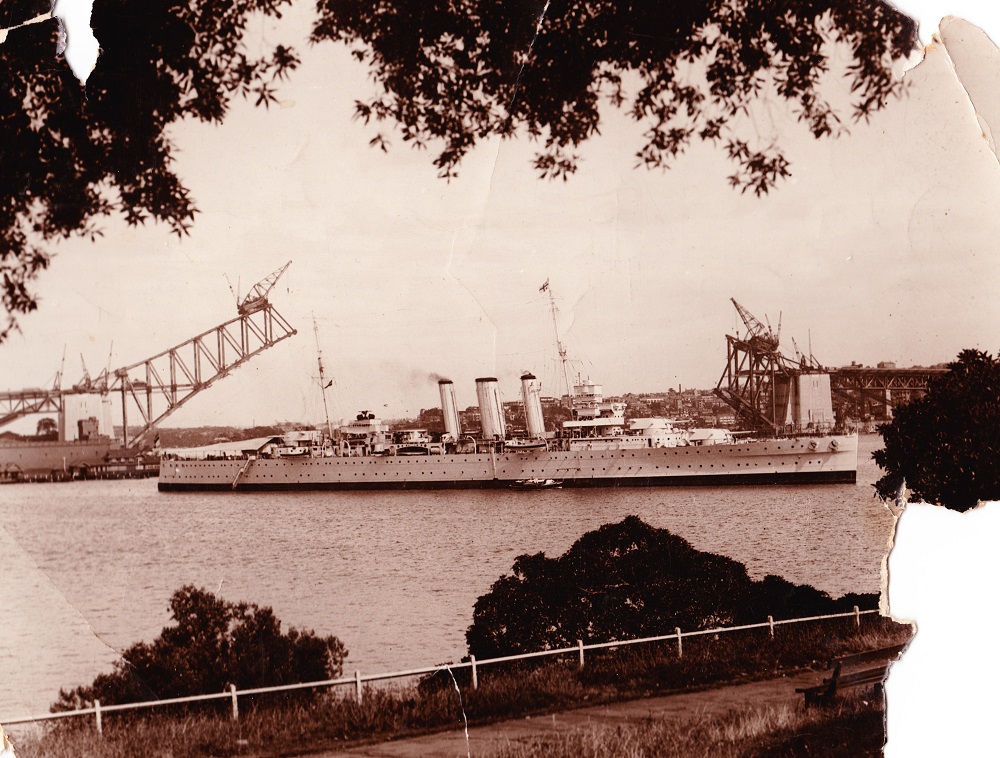 This post is one for the history and mystery buffs.

I had the pleasure this week of being contacted via Ancestry.com by a second cousin of my husband’s. Several great things came out of the initial and subsequent emails:

The other great thing to come out of it all was finding a photo of Sydney Harbour Bridge before the arches were joined. By itself, not so incredible as there are plenty around. But this particular photo has HMAS Sydney in it, front and centre, showing just how much work is still required on the bridge.

A little bit of internet sleuthing suggests that this is probably HMAS Sydney I, which is kind of sad in a way as my father-in-law’s brother-in-law (yeah, you go work that one out after a couple of beers!), Petty Officer Cook Bernard Frank Biram, lost his life when HMAS Sydney II was sunk by the German HSK Kormoran on 19 November 1941. However, I think it would have been terribly spooky had he had a photo of HMAS Sydney II so long before Bernie lost his life on it.

So here are my questions:

No prizes, just the sheer satisfaction of working it out.