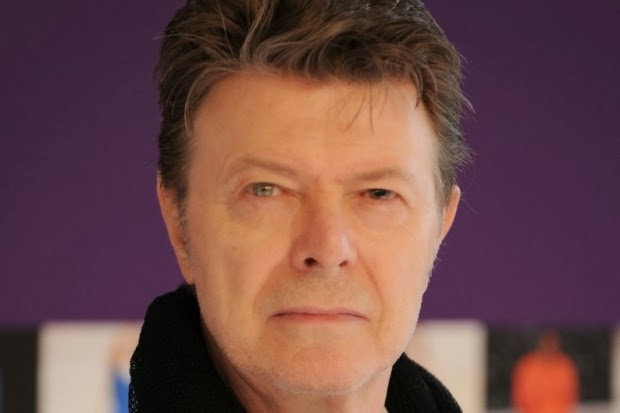 For years, the man of the house and I have played that game where you talk about who you would invite to dinner, if you had the chance. Today we actually got to the point of writing our choices down in separate lists, discussing who we’d invite and, more importantly, why.

It was an interesting discussion, and today’s lists were a bit different to what they were when we were younger. For instance, we had a combined effort once, and at that table, among others, we had Morecambe and Wise, Billy Connolly and, I think, Michael Palin. We were clearly after an evening’s unpaid jollity!

Today we are much older and a little wiser (I hope!) and so here are our separate lists, and why:

I decided I only wanted currently living people at my dinner party. I also decided I would prefer to be entertained by stimulating conversation rather than side-splitting laughter, and that I didn’t want anyone monopolising the conversation, so I’ve really thought hard about the sort of people I think would fit the bill. Here they are, in no particular order:

I first heard Bowie in a radio interview when I was 17, and was blown away by how nicely spoken, intelligent and articulate he was. He pretty much made it onto the list that day – even though the list didn’t even exist at that point!
My Aunt Olive used to chat over the garden fence with Bowie’s mother, back in the 1970s, so I’ve always felt connected to him. (I bet it didn’t work in reverse, though :D) However, he rode the fame wave at a very exciting time in modern music, and contributed greatly to modern society via his music, so it would be interesting to hear more about what that sort of life was like and how it compares with what he’s doing now.

Yes, okay, he’s a bit of alright, but more importantly, like Bowie, Clooney’s intelligent and articulate, plus he cares. He has a deep seated interest in the world around us and in the rights and wrong in society and I think some of his views would help stimulate conversation at the table.
As well as that, he’s had a very interesting career both in front of and behind the camera and, like Bowie, his perspective on his experiences in the modern movie industry would be great to hear first hand.

3 and 4. Prince Charles and Camilla, Duchess of Cornwall

Like most people in the world, I am somewhat fascinated by the British Royal family. Not from a royalist point of view, but from a humanitarian one.
I have read that Camilla is great fun and what little I’ve seen and read of her, she appears to be quite down to earth, so I think it would be interesting to meet her on her own terms, as someone I’ve never met before and know little about.
With Prince Charles, I would love to talk with him about his organic farming practices and what he’s trying to achieve at the Duchy (if that’s how you phrase it), and also talk with him about how he managed to recover from the public beating he took after Diana’s death to be able to raise his boys the way he did. They seem to have a relaxed, comfortable relationship with Charles and Camilla, and that can’t have been easy to achieve, so I have always been fascinated by what he did as a parent to make that happen, and how Camilla helped.
I am also interested in the work of the Prince’s Trust, and would like to find out more about what Charles wants for it and how it all started.

Yep, that’s right – Will.I.Am. I knew he was with the Black Eyed Peas, and that was all I knew. Then one evening I tuned in to watch Graham Norton, and he was a guest of Norton’s, along with Miriam Margolyes. I sat glued to the TV for the next hour as I watched Margolyes and Will.I.Am develop the most amazing regard for each other, and I for him.
This young man is a cut above the rest. Again, intelligent, articulate and caring – there’s a theme developing here! His work with underprivileged children in urban areas
I also noticed, researching his website just now, that he has already met Prince Charles and just donated his salary from his 2012 work on Britain’s ‘The Voice’to the Prince’s Trust – so it would be nice to bring them both back together under more leisurely circumstances and talk about how we can help the children of tomorrow.

How can you have a dinner party without inviting ‘The World’s Nicest Man’? And possibly one of the world’s funniest. And most well-travelled. And he’s a bit of alright, too, for a not-quite-silver fox, if you ask me 😀
Again: intelligent, articulate, modest … and funny.

Wayne decided he wanted a group of people at the table that he really, really admires, and wanted to talk to for different reasons. Wayne’s wanted list is dead and alive, and here it is, again in no particular order:

Wayne says Cook is the one human being he admires more than anybody else.
In his three explorations, he covered more of the planet than any person had covered up to that date, and he did it all in boats that we wouldn’t even consider boarding these days – and definitely not without the benefit of today’s mod cons such as radar, radio etc.

In Wayne’s humble opinion, Nicklaus is the best sportsman that ever lived, with the possible exception of dinner guest No. 5!
Nicklaus won 18 majors, came second in nearly as many again, and set a new level for dignity and sportsmanship in a sporting arena. He is a class act, and a helluva golfer.

Greatest actor that ever lived – simple. A complex man, a huge talent, and a personality that always set him at odds with that talent. One helluva an interesting guy, and a massive link to the Golden Years of Hollywood.

Leading candidate for the funniest man that ever lived. Wayne was brought up on this guy, and loved everything he and Ernie (Wise) did together. He feels they were really the best comedy duo of the lot.

The best of the best. Back in the days, when the World Heavyweight Championship meant something, he was the absolute king of them all.
He fought Joe Frazier, Ken Norton, George Foreman and so many other worthy opponents, beating them all. An amazing athlete, with an intellect second to none in sport. Everything he said was accompanied by a twinkle in the eye that said ‘You know I’m kidding, don’t you?’ And if that twinkle was missing … watch out!

Wayne bought Young’s first album in 1968 and has bought just about every one ever since.
Young is, quite simply, Wayne’s favourite muso, not only for his musicianship and songwriting abilities, but for his incredible determination to do whatever he wants to do and ‘fuck the record companies’.
So they’re our picks. What would yours be, we wonder?
Bon appetit 😀