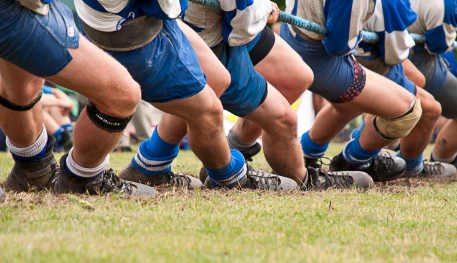 I found a rather interesting blog post this week about words that you should stop using on your resume or CV. You can read it here: http://www.news.com.au/business/worklife/stop-using-these-words-in-your-cv-seriously/story-e6frfm9r-1226530364956

Anyway, one of the terms I was surprised to see missing from the list was ‘team player’ or ‘strong team member’.

Now, I’m a business owner, so I’m hoping that I won’t have to consider updating my resume any time soon! But if I did, I would have to leave ‘team player’ off. ‘What?! You don’t play well with others?’ I hear you screaming.

Well, yes and no. And it’s taken me a lifetime to ‘know my limitations’ (Happy belated Birthday, Clint!), starting with playing netball as a young girl.

My father, realising that it was probably a good idea to teach me a bit about teams, sport, commitment etc, enrolled me in a Saturday morning netball competition the year I turned 10. That was fun. For the first two years. Most of my teammates came from my school, we were pretty much the same shape and size, and while I was far from the best on the team (read: won the ‘Best and Fairest’ award each year!), I could sometimes make a good pass or score the odd goal. But in the third year, the year I turned 12, the netball powers that be decided that it would be better to sign me up to the team a year ahead of me – girls that I didn’t know, girls who had started high school that year and were turning 13. I hated it.

For starters, I was the weakest link. It didn’t matter what they yelled at me, I could not make my body do what they were able to make theirs do. They weren’t my school friends, so I bonded with very few of them. I was often ‘on the bench’ as a reserve because they only played me when they were, well, pretty much desperate. And despite my desire to help the team, I couldn’t. It was awful.

So that was the last season of netball until I played one more (almost as disastrous) season in my early twenties.

I never thought much about it after that. I used to make a joke about how awful I was at sports, but I never got over that feeling of letting the team down.

Years went by and after I arrived in adulthood, I would, from time to time, find myself on a committee or a working party for this or that. And I discovered then that I am not a team player, but not for the reasons you might expect. You see, teams are made up of individuals, and unless those individuals are united in their belief in the cause, and their motivations for working for that cause, you won’t have cohesion. You will have a group of personalities where there are always at least two or three distinct personality types from the following:

I am sure you can think of some more!

My problem is that I vacillate between being the person who promises to do things, then occasionally forgets or runs out of time, so I beat myself up with the guilt, or I get the cranks with the person who fills that role, especially when I’ve done the things I promised to do!

I tend to be a bit of a natural leader in that I take leadership because I was brought up to take responsibility (my mother would say, ‘Stop whingeing! If you don’t like it, do something about it!’), and people who take responsibility tend to end up in leadership roles. But then they so often become the person who does everything ‘because if I don’t do it no one else will’. And if they have any self esteem issues (either low or high) it then feeds into those.

The funny thing is, I’m a great team player when the team needs and wants to row together. If everyone is pitching in, pumping the adrenalin, and all putting the same weight behind the project, I’m there. But the moment I notice someone slacking off, or someone else beating their chest about how much they’ve done … my team spirit goes out the window and I get distracted and annoyed with the varying personality types and their motivation for being there.

So I take a hard line these days – the moment someone asks me to consider joining their committee, the first thing I tell them is, ‘Thank you for thinking of me, but if you knew me, you wouldn’t want me on your team!’ because at the end of the day, I end up resenting those few people who will possess those personality types that I know I can’t cope with, and then it becomes a miserable experience for me.

But it doesn’t make me a bad person. It just means that I have to work differently. I love to work with people, and help them with their projects, but I’ve learned that I prefer projects that have a sunset clause. Ongoing work such as accounting just depressed me because it’s never finished. And I need to work with people who are more or less as committed to a project as I am, because if you’re not into it and not prepared to do your fair share, why should I carry that weight for you?