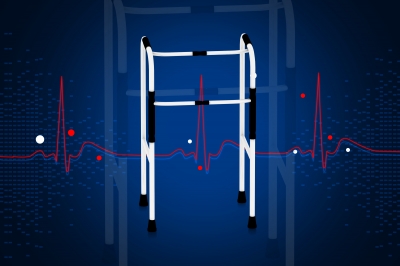 With the release this week of The Casual Vacancy, the new non-Harry Potter book from JK Rowling, talk at our dinner table this evening turned to the way Harry had invaded my daughter’s life between the ages of eight and about 13. In fact, she sank so deeply into the books as each one was released, that she lived in Potterville during the reading hours.

And she wouldn’t have been the only one. A whole generation of young folk now know a range of pseudo-Latin phrases, how to cast a wand, how to play Quidditch, and all sorts of things about the Dark Arts.

Which led to a discussion about what form geriatric dementia may take in the Harry Potter-fed generations.

Will we have nursing homes full of ninety-year olds ripping the pot plants out thinking that they’re Mandrakes? We will have elderly gentlemen pointing their butter knives at each other across dining room tables, croaking ‘Expelliarmus!’ and waiting for their opposite number to croak permanently?

Will zimmer frames be zoomed along the carpet by the post-lucid elderly as they endeavour to play Quidditch in the corridors? Will they gather in groups in fear of she-who-must-not-be-named for fear she will increase their daily dosage of anti-senility tablets? Or will they gather in groups of Gryffindors and Hufflepuffs and refuse to share the shuffleboard with the Slytherins and Ravenclaws?

And will we have a generation of geriatricians, 50 years their junior, wondering what the hell is going on in the minds of the old people, and why they insist on renaming every damned nursing home ‘Hogwarts’?